A Death in the Ranks

About an hour and a half ago I learned of the passing of one of my dearest friends, Robert York.  We met way back in 1997.  He and I were charter members of a Civil War Naval Reenacting unit based in the Greater Houston area.  Over the years, our numbers dwindled until he and I were the sole survivng members.  Robert took me to my first reeanctment in the fall of 1997.  Always a thoughtful guy, he drove out of his way to pick me up in Huntsville where I attended college at the time.  Then we drove over to Oak Alley Plantation in Louisiana to help send the Yankees running!  Little did I know that those miles would be the first of a thousand or more that we would travel together over the next decade and a half.  I think back on all of those conservations we had about the Civil War, history in general, or women with great fondness.  He was always quick with a joke.....usually at my expense and I have to say I provided him with lots of ammunition.  When I was single, he found my attempts to find a girlfriend through reenacting to be particularly funny as there just aren't a lot of 18-21 year old ladies out there who go to reenactments!

When I went through a divorce, he was one of the first people I talked to about it.  When I got remarried, he was one of the first to know.  Since I've struggled financially from time to time, Robert was always willing to purchase a needed piece of equipment for me at an event and let me pay him back when I had the funds.  Come to think of it, I probably still owe him a little money.  Two books that belonged to him sit on my bookshelf.  I read them and intended to return them, but I never had the time to drive them down to his house.  After reading the email telling me of his death, I called his cell phone so that it would go to voicemail and I could hear his voice one more time.

The last time I talked to him was on March 16th.  He seemed upbeat.  I filled him in on some of the stuff going on in my life health wise.  How selfish of me.  When I hung up the phone I didn't know that it would be the last time I talked to him.  If only I had known that, I would have thanked him for everything he has done for me over the years.  Thankfully I am left with some fond memories.  If you read my post about reenacting, when I referenced the "Belle Chasse Ballet".....that was Robert!  I'll never forget that scene!  I knew that no matter what, he'd always have a spot for me in the truck or tent if I decided to attend an event at the last minute.  We logged a lot of miles together both by vehicle and on foot.  We worked artillery pieces and stood side by side in the ranks.  Robert was my comrade until the end.  Plus, he could make a jug of grog that would knock your brogans off!  Or at least make you forget where you left them.

So Robert, keep the campfire going and bacon frying.  I'll join you in Heaven or Valhalla when it is my time to go.  Say hello to my Civil War ancestors for me and tell them that I said that you are a worthy addition to their ranks.  I'll miss you down here, but they need the reinforcements up there. 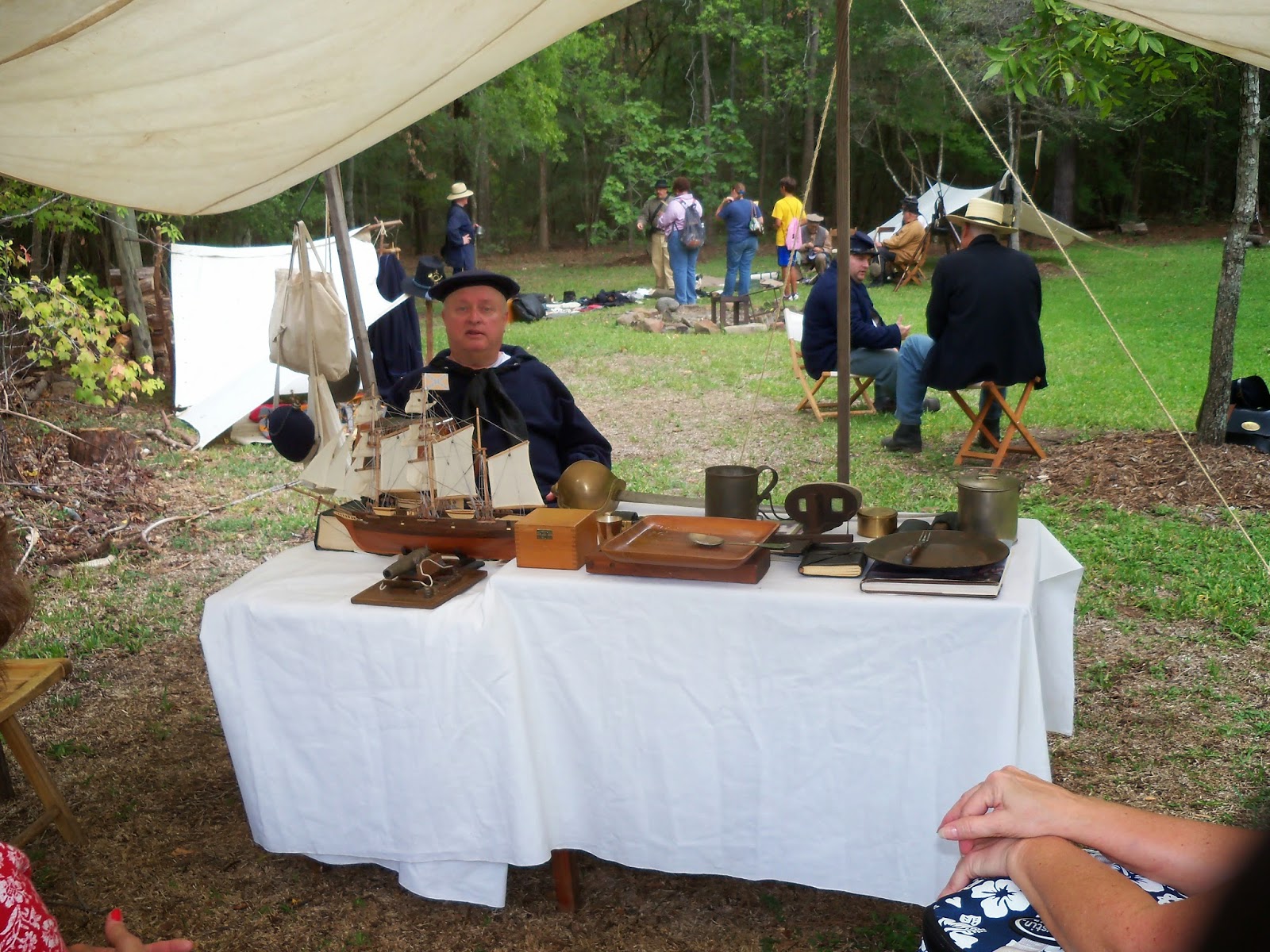